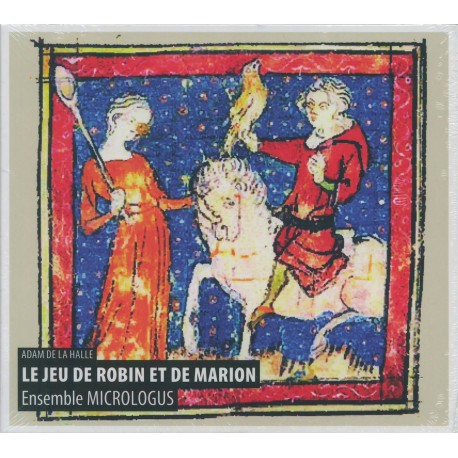 This is the second edition of the CD that comes with a new look for the masterwork composed in 1284 by Adam de la Halle for the Neapolitan court of Charles of Anjou. A lovely elongated pastourelle replete with popular songs, esoteric motets and polyphonic rondeaux full of longing. This masterpiece, composed by Adam de la Halle (ca. 1250-1289?) in 1284 for the Neapolitan court of Charles of Anjou (the king who had brought to Naples a taste for French culture, art and music) sums up the author's experiences both as composer and jongleur. Adam, also known as lebossu (the hunchback) or "of Arras" (his hometown), was in fact one of the few medieval composers capable of mastering both monophony and polyphony, a master trouvere and poet who tried his hand at all musical genres of the 13th century. The Italian Medieval ensemble, Micrologus, led the way in Italy amongst early music groups to a rediscovery of medieval music in performance. Micrologus has recently celebrated 30 years of musical activity.