> Micrologus>UN FIOR GENTILE
Are you an Amazon customer? Pay now with address and payment details stored in your Amazon account. 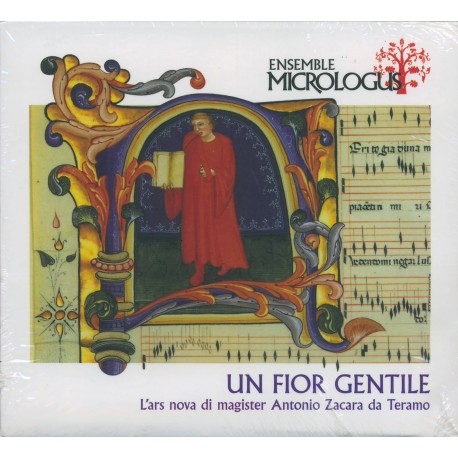 This recording inaugurates the series called DOCUMENTI, and is the outcome of the cooperation between the musicologist Francesco Zimei and the Institute of Musical History of Abruzzo, within the Conference that was held in Teramo in December 2002, whose aim was to revive the music of this unacknowledged, as much as extraordinary, composer. The Italian Medieval ensemble, Micrologus, led the way in Italy amongst early music groups to a rediscovery of medieval music in performance. Micrologus has recently celebrated 30 years of musical activity. In this CD you can hear the sound of the flute and drum, of the ribecona, the portative organ, as well as magnificent natural voices.