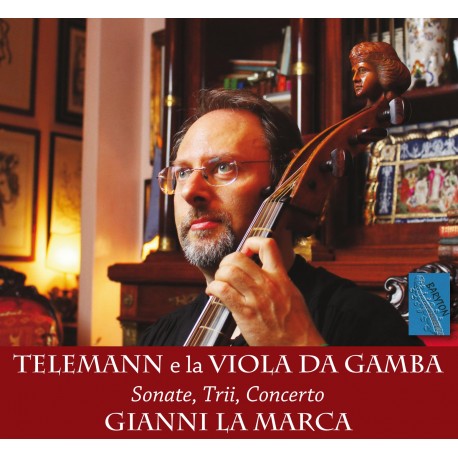 Georg Philipp Telemann (1681-1767), contemporary of J.S. Bach and G.F. Handel, much better known of the two in life, although self-taught, was the author of a very extensive catalog that ranges from instrumental to vocal music, from profane to sacred music, from chamber music to musical theater.

The comparison with the two great exponents of the late Baroque music does not do justice to the central role that Telemann occupies in that historical panorama, especially in relation to the transformations that will lead the musical language towards the Galante style and the musical culture tout court towards contemporary conduct and practices. It would be enough to mention, for example, Pimpinone (1725), one of the seven complete works that have come down to us, composed of three interludes, whose full title is Der Ungleiche Heyrath (The unequal marriage), in fact anticipating the Serva Padrona di Pergolesi, both revealing the emancipation of musical theater from serious melodrama and of the Opera Buffa or the Collegium Musicum of Leipzig (1702), founded by Telemann, still a student, one of the first examples of public musical institution which among other things, in 1729, passed into the hands of J. S. Bach.

This record production by label Baryton offers an insight into Telemann's instrumental production.

Composition of maturity, they present a linear musical writing, tendentially drier than the Baroque style that still reigned towards the second half of the eighteenth century. The thematism, a denotative figure of classicism, is not yet fully realized but in this chamber cycle Telemann already allows a glimpse of a texture from which the melody in the foreground clearly emerges and in the background the accompaniment that, abandoning the radically contrapuntal character, approaches a vertical harmonic synthesis, close to the Galante style.

The Concerto for viola da gamba, strings and continuo, TWV 51: A5, in A major, represents the new frontier of the eighteenth-century German concert. Shaped on the model of the Italian concert of the Corellian tradition, Telemann's writing, following the path of the group concert, in fact contributed not a little to project orchestral music towards the symphony, a predominant feature of German musical culture and thought.

Gianni La Marca and the musicians accompanying him return a light sound, luminous in the details, fluid in restoring the right proportions to Telemann's poetics. A work that contributes to reconstructing a key passage in the development of Western music, starting from the treatment of the sound itself, the picture of which emerges in its innovative character.

18 other products in the same category: